Blog Posts
You are here: Home / Blog Posts / John's Random Thoughts / Big Brother and the Grocery Stores are Watching You

So how much does the internet and all the numerous data bases know about you. Do they maybe know you even better than you know yourself? You do know that if you filled out proper personal info for that club/saving/special card from the grocery store/coffee shop/ect that everything you buy no matter how inconsequential it may be they are storing all that information in a data base somewhere until the day comes when they figure out a use for it.

Well in the US at the Safeway/Vons, Pepsi and Foursquare have found a use for that data now. Check this article http://mashable.com/2010/11/19/foursquare-pepsi-safeway/ the data is so personalized that coupons that are instantly available are tied to the types of badges you have earned in foursquare.  No correct me if I am wrong here but this is begging to seem an awful lot like that move Minority Report where they have that one scene where Tom Cruses Character heads though the mall and the billboards scan his eyes and start presenting him with coupons and specials tailored to his persona purchase likes and dislikes.

This also begs the question how far will these companies go when using your data. Well no distance is too far. There have been reports about grocery stores using the data in a person’s club card purchases to defend against lawsuits that are brought against the companies. I could not seem to locate the webpage again, where I had read about it was some lawyers sight I am sure. The gist of the article was that certain purchases the person had made helped to bring about the thing they where suing the company over. 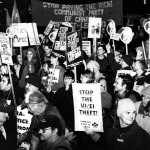 Or even better your data being used against you and being completely wrong. As this case of a man falsely arrested based on his shopping data. Safeway shopper card leads to arson arrest http://www.computerbytesman.com/privacy/safewaycard.htm so you think about what you are buying with that shopper card. Who know what might get used against you.

This sort of thing just goes on and on for instance do you know that Facebook is Becoming Main Source Of Evidence For Divorce Lawyers as explained here http://www.allfacebook.com/facebook-becoming-main-source-of-evidence-for-divorce-lawyers-2010-11. So as I tell the groups I present to on social media be careful what you place online or what you share with a grocery chain just for that discount. It all may come back to bite you in the ass. 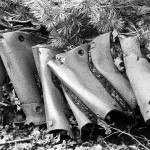