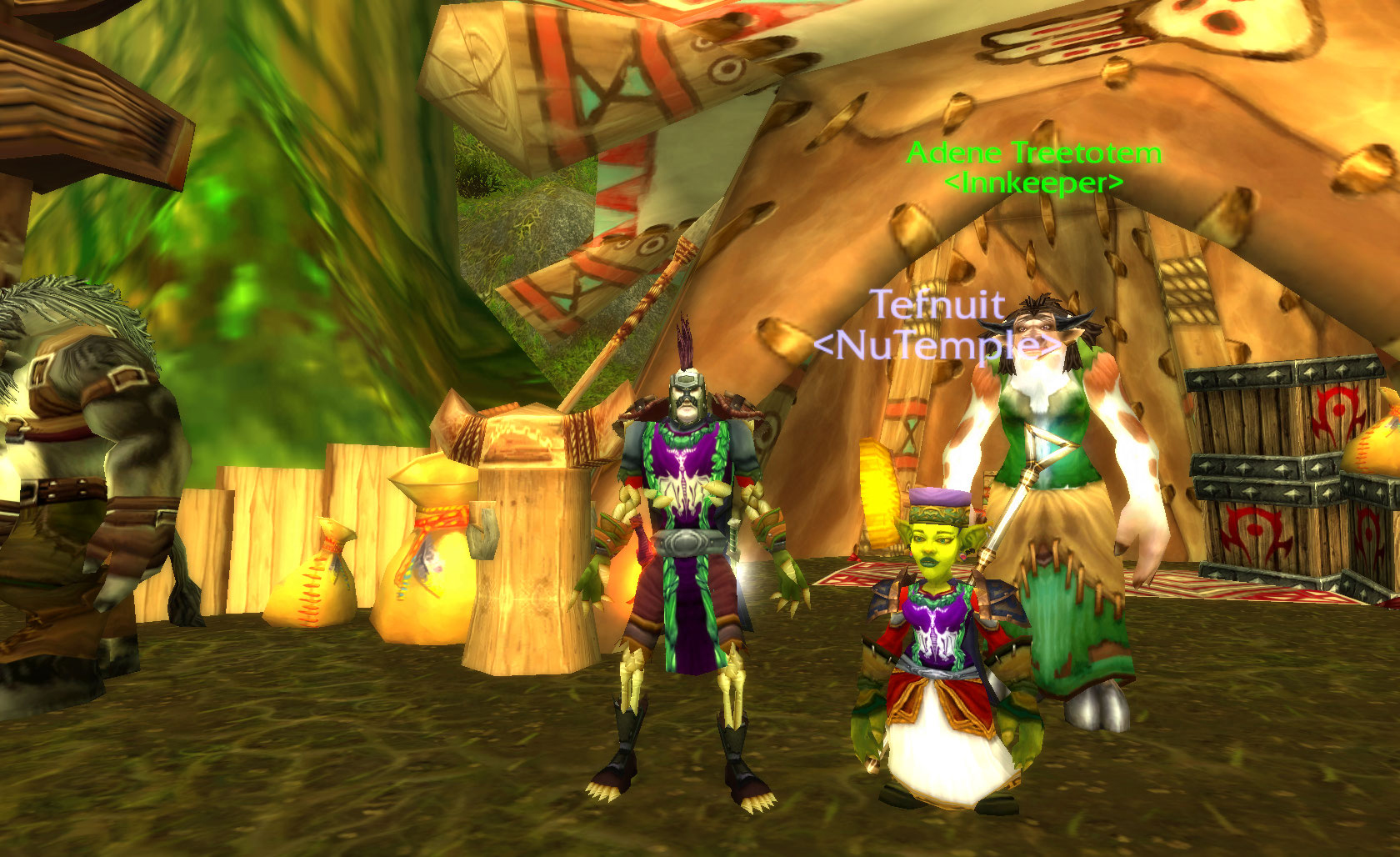 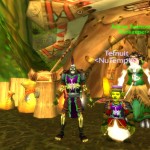 John:
Was a semi busy week this past week, preparing for my classes this next week and been working on other websites.
Laura:
I had a pretty busy week, have been getting some work done while taking a bit of time of to play wow.

Tefnuit’s in Game: Had a good night gaming. We started out at 38 and made it up to 40 during our play. We started out doing our questing in Kalimdor, Feralas. We went in to Arathi Basin for our battle ground and also did the Uldaman dungeon.

Ahkonsu’s in Game: Was a good gaming session, we managed to do both a dungeon and a battle ground. For some reason I had issues with my mouse during the entire session and had my ass handed to me in battle ground. Did alright i the dungeon, we even managed to pull a couple pretty good people for the dungeon who actually knew what they where doing. Was a pretty good night questing although we have already outgrown Feralis, and we have decided to move onto the the next zone. We kinda decided as a group to try and stay in zones that are approiate to our level, and we can go back to the other zones and finish all the quest there on our own since it should’nt be too hard solo since character are much lower than us.
—->

Final Notes for closing topics etc:
Join our Guild we want two players for a complete 5 man team. here is what we want.
Our Guild is to be NuTemple on Saurfang Oceanic server

Our goal is simple play a session once a week for 3 to 7 hours depending on what we can accomplish and when everyone connects. We will use skype or vent to talk, We expect all players to have done their training and other stuff outside the gaming session. The gaming session is for pure questions and dungeon's and battlegrounds. And some other things we expect and rewards for being in the Guild for all of that you will need to listen to the podcast.