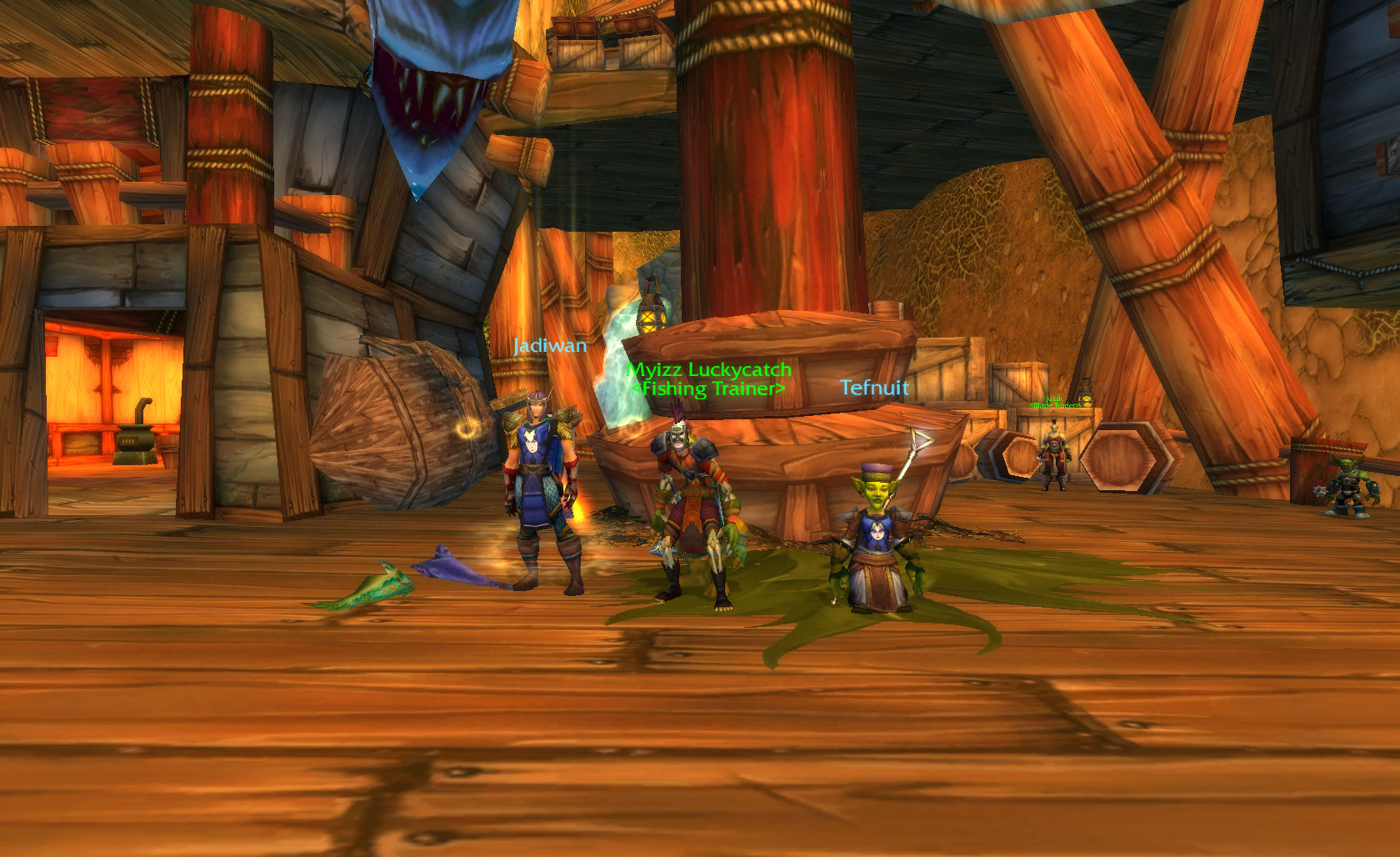 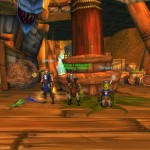 John: Been pretty busy last week I was at WordCamp Victoria Speaking, was a great time. Been busy with my boys allot this past week found it hard to get any real work done although I had spent a fair bit of time on my word camp presentation.

Laura: Down in California visiting my dad. I’m having a nice time down here and actually taking enjoying some free time to do some reading. It has been a slow work week, but I have been able to get some web sites done.

Raymond: he has been off working

Tefnuit’s in Game:
—–> I have been spending my time working on my enchanting and tailoring. I am continuing to do the daily cooking and fishing quests. We didn’t do much leveling during our play time this week, I actually only made one level, but we were able to complete a couple of dungeons and spent quite a bit of time traveling to our new area, swam across Thousand Needles to get there.

Ahkonsu’s in Game: I have been spending my time in game doing my dailys and bringing up my skills for Undead Ahkonsu,. I have also been doing some harvesting for leather. We have started out guild up now and are working towards finding the other two players who can join us on a weekly basis. We had a pretty good time questing last week all three of us. I sucked it up and decided that Jadiwan has a god idea for the random dungeons so we did one as a group. Boy did we pull a couple pain dps guys, this one hunter seemed to think he was a fucking tank and kept pulling everything. The other guy was just a tool and left after his first death. Also been doing some archeology.

I did spend some Time on my main Ahkonsu on Borean Tundra realm. I have almost got him to 70 now Who-hoo I am in Northrend now. Guess its about time after 2 years of playing.
—->

Final Notes for closing topics etc:
Join our Guild we want two player for a complete 5 man team. here is what we want.
Our Guild is to be NuTemple on Saurfang Oceanic server

Our goal is simple play a session once a week for 3 to 7 hours depending on what we can accomplish and when everyone connects. We will use skype or vent to talk, We expect all players to have done their training and other stuff outside the gaming session. The gaming session is for pure questions and dungeon's and battlegrounds. And some other things we expect and rewards for being in the Guild for all of that you will need to listen to the podcast.

Prepare For The Cataclysm

WordPress Plug-ins from A to Z Podcast Episode 18 Where did they go from he...