This continuing trend is good news for websites that contract with registered users though SaaS Agreements, Membership Agreements, Subscription Agreements, Terms of Sale, Content License Agreements, and the like.

Why? Among other things, this means that important legal disclaimers and limitations of liability are legally enforceable.

In the case of People v. Direct Revenue, the New York Attorney General in 2008 attempted to nail Direct Revenue for its distribution of software that served pop-up advertising software on consumers’ computers.

Direct Revenue is in the advertising business. It’s software client serves pop-up advertisements to consumer’s computer screens through the Internet. Direct Revenue does not charge fees to consumers. Instead, it charges fees to the companies whose products it advertises.

It’s interesting to note that one line of attack by the New York Attorney General focused on Direct Revenue’s “click-wrapped” (where the user clicks on “I ACCEPT”) end user license agreement (EULA) and Direct Revenue’s alleged deceptive and illegal practices. The court granted Direct Revenue’s motion to dismiss the claims noting that sufficient disclosure was given in the EULA, and the required elements for an enforceable agreement were followed.

3 Tips To Avoid Liability For Actions of Resellers

Potential liability for acts of online resellers is a major concern of ecommerce businesses which use reseller networks.

The Direct Revenue case teaches us that ecommerce sites may not be held liable for actions of their resellers if these 3 tips are followed:

These 3 tips won’t guarantee that you have no exposure, but they’ll go a long way to protecting you from liability for actions of your resellers. 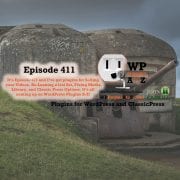 Make Money From Blogs - Know How

Sell on eBay – How To Write Profitable Listings

Learning How to Make Money Online